You are here: Home / Singing / Doxology: What is the point? 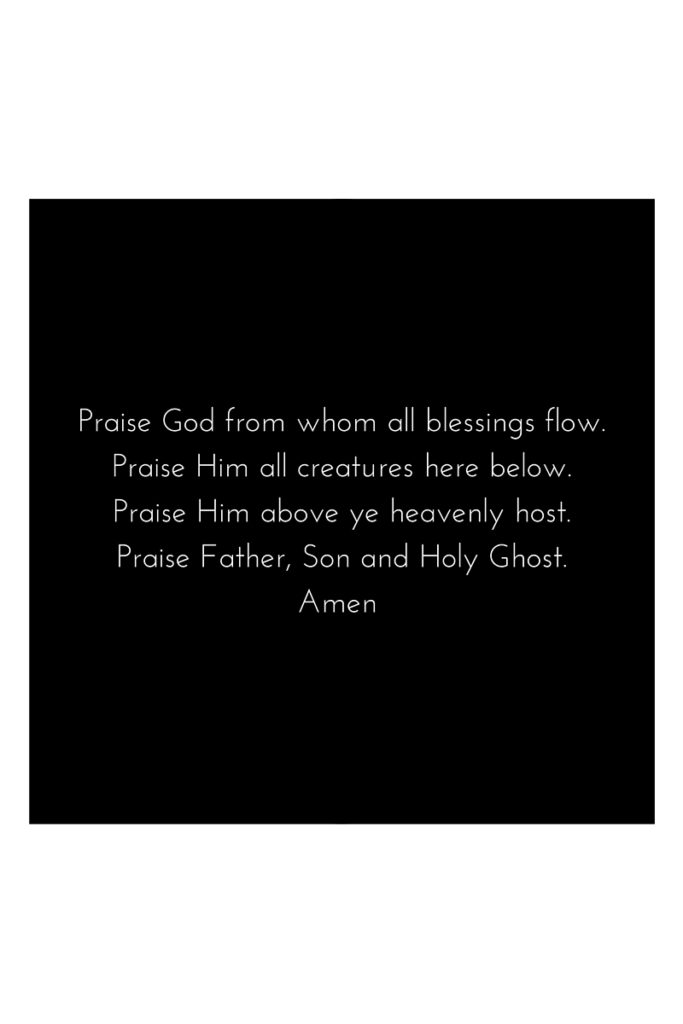 If there were a tune that is most familiar to Christendom, I would have to say it is the Doxology. Sometimes referred to as the Common Doxology, Thomas Ken (1637-1711), an Anglican minister penned this in 1674 (see history of this tune here by Don Sweeting). 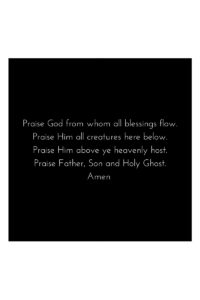 I have seemingly countless times in various churches sung this Doxology.  We still regularly sing it in our local church.  And, as a family, it is often sung in our times of family worship.  It is a reminder that our worship is something that joins with the heavenly worship as described in Revelation 12:22-23.

But what is the point of this Doxology?  Now, of course, in asking that question, I can imagine the roll of the eyes and someone saying, “Duh, what do you think it is?”

But I have come to think about this Doxology in a little deeper and, I think, more correct way.

First, yes, this is a Doxology of praise, an exaltation.  We all get that.  It is an expression of praise, for example, after returning from a long and tiring trip and you say, as the driver, “Praise God!  We have finally made it back home.”  In this way, I am expressing exaltation to God for the safety he has provided.

But what has become more evident in singing this Doxology is that it is not just exaltation.  It is also a doxology for exhortation.

“Praise God from whom all blessings flow!”

So what is the big deal?

The big deal is that this Doxology (exaltation in the context of exhortation) is best used in the framework of community, even though Rev. Ken may not have intended that originally.

True, it can be sung rightly in a closet as well.  After all, this Doxology is also exhorting the angelic host to praise the Lord. “Praise him above ye heavenly host!”

But to get the full impact of this doxology, it is rightly sung (whether in the church or at home) with eyes wide open looking around at those who are with you.

What is common, however, for people (and a habit for me too), is to sing with eyes shut.  But why?

When singing the Doxology, I am praising God and exhorting others at the same time.  Since when do I encourage people with my eyes shut?

The right use of this Doxology, then, is a time to encourage one another while it is called today (Hebrews 3:13) to bring praise to God (Father, Son and Holy Ghost).  It is a time to exhort one another to praise Him with joy as we find our refuge in the Lord (Psalm 5:11-12; ESV).

So what is the point of the Doxology?

As we sing this Doxology with the church on Sunday or in our homes throughout the week, let us exalt in the Lord and exhort one another to do the same.

What other doxologies are there that you have sung?  At church?  At home?

What keeps us from singing and praising God as we ought?

But now Christ has been raised from the dead, the firstfruits of those who have fallen asleep. 1 Corinthians 15:20 “But, now…” Contrary to all the false teachings about the resurrection (1 Corinthians 15:12-19), the Apostle Paul speaks the truth (1 Corinthians 15:1-11). [tweet_dis]And so our hope rests in the Risen Christ. And this is… END_OF_DOCUMENT_TOKEN_TO_BE_REPLACED

What if there was no Easter? It’s a question that we don’t ask because we already know the truth of the matter. However, what if…? For the Apostle Paul it’s an important thought. And it’s an important thought as we worship together at church and as we gather in family worship. Here’s Paul’s view: [tweet_dis]If… END_OF_DOCUMENT_TOKEN_TO_BE_REPLACED

Where is the goodness of Good Friday in a cruel cross? It is evidenced in our salvation from sin. If we took the time to list out all our sins individually it would take us all day [correction: more than a lifetime]. But here’s a short list of our sins in which Paul reminds us of… END_OF_DOCUMENT_TOKEN_TO_BE_REPLACED

As we remember a personal birthday or an anniversary or Thanksgiving Day… Palm Sunday is all the more important to remember as it brings us to a climax in Jesus’ earthly mission in his life, death and resurrection. This day’s significance lies in the fact that Jesus fulfills the prophetic word of Zechariah 9:9 and… END_OF_DOCUMENT_TOKEN_TO_BE_REPLACED

As a father and husband trying to lead his family, what does it mean to fear the Lord? To fear the Lord may sound archaic and perhaps unimportant. After all, don’t we just want our children to love God…and not fear Him? Shouldn’t our motto be, “No fear taught here?” For a healthy family, the… END_OF_DOCUMENT_TOKEN_TO_BE_REPLACED

Hello, this is Peter Lindstrom. I am a husband, father, pastor, small business owner and blogger about family discipleship issues (most especially about the importance of family worship).